John Mensah Sarbah (June 3, 1864-November 27, 1910), patriot and statesman, was one of the most outstanding nationalists of the Gold Coast at the end of the 19th century and the beginning of the 20th.

He made a lasting mark on national life in politics, education, and law.

He was born at Cape Coast in 1864, and was the eldest son of John Sarbah, a merchant, and of his wife Sarah.

He entered Lincoln’s Inn in London in 1884 to study law, and qualified as a barrister in 1887, being the first African from the Gold Coast to gain this qualification.

On his return home, John Mensah Sarbah, who was generally known as Kofi Mensah, built up a lucrative practice.

When his father died in 1892, he also took over his father’s business but his interest was in politics, which he had shown during his student days in England which led him to take a more active part in political life.

Although he accepted the basic – assumptions of the British imperial regime, he felt that some of the evils of the crown colony system should be checked. 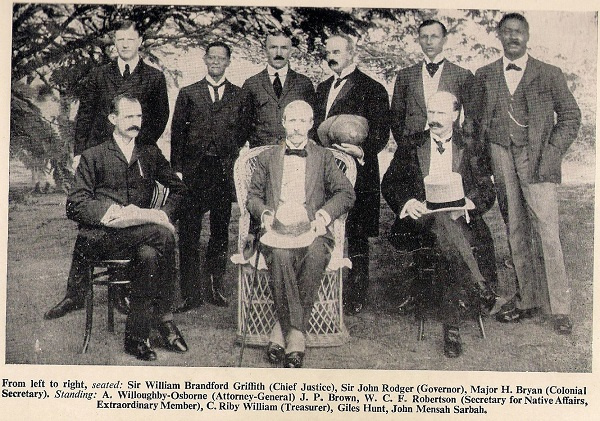 He therefore helped J. P. Brown, J. W. de Graft Johnson, and others, to form the Aborigines’ Rights Protection Society (ARPS) to watch over the interests of the African population.

The ARPS opposed the Lands Bill of 1897, which threatened the traditional system of African land tenure, and sent John Mensah Sarbah to argue against its passage in the Legislative Council.

When Governor Sir William Maxwell (term of office 1895-97) refused to withdraw the bill, John Mensah Sarbah advised the ARPS to send a delegation to England to petition against its passage.

The delegation, which Sarbah refused out of modesty to lead, went to London in 1898, and succeeded in getting the Lands Bill disallowed.

This achievement saved the Gold Coast from the evils of the alienation of African land, as occurred, for example, in the British colony of Kenya.

John Mensah Sarbah returned the 400-guinea fee which the ARPS gave him because he felt that it was an honor to serve his country.

John Mensah Sarbah was interested in promoting secondary education because he felt that it was the best way to enable Africans to gain the respect of the civilized world.

His first act in this direction was to fund a Dutton scholarship at Taunton School in memory of his younger brother, Joseph Dutton Sarbah, who had died there in 1892.

When for some financial reasons, the Wesleyan Mission closed down the Cape Coast
Wesleyan School, he and some other nationalists revived it, financed it, and renamed it the Collegiate School.

Upon returning from a visit to Europe in 1903 together with William Edward Sam, John Mensah Sarbah and Sam promoted an enterprise called the Fanti Public Schools Limited. 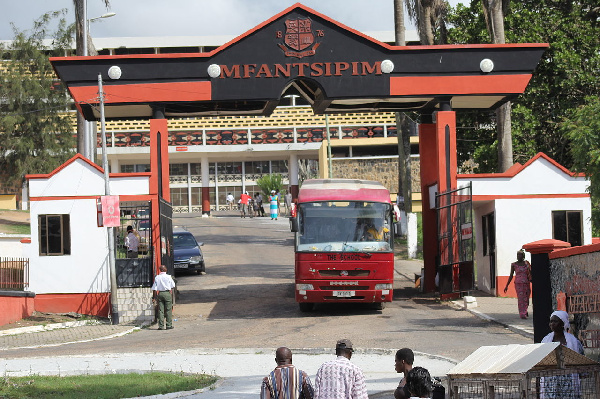 On the strength of the good reports the school had received, the Wesleyan Mission resumed its management under the principal-ship of the Rev. W. T. Balmer.

John Mensah Sarbah is said to have given the school its motto (“Dwen Hwe Kan”, meaning ‘Think and Look Ahead’) as well as its emblem.

It has turned out some of the country’s best known public figures in all walks of life, men such as Alex Quaison-Sackey, former President of the General Assembly of UN, Dr. K A Busia, Kofi Annan, the immediate past General Secretary of the United Nations. Sarbah House, at Mfantsipim, is named after him.

He also helped to establish the Fanti National Education Fund, which aimed at improving educational facilities in the country and also awarded scholarships.

He himself founded a scholarship at Mfantsipim School and helped to pay the salaries of the staff when the school encountered financial difficulties.

Over 50 years after his death, the University of Ghana, in 1963, named Mensah Sarbah Hall after him for his services to education.

John Mensah Sarbah was a good legislator and was nominated as a member of the Legislative Council by the governor, Sir Mathew Nathan (term of office, 1900- 1904), in 1901 and sat except for a short break, as a member until his death.

As a legislator he was interested in law reform, and tried his best to prevent the passage of laws inimical to the interests of his countrymen.

Specifically, he proposed that in perjury the falsehood with which the witness could be charged should concern a matter material to the issues raised in the judicial proceedings; (His suggestion was to be adopted in 1951.)

Concerning the competence and compellability of a spouse as a witness in a criminal trial in which the other spouse was the accused, he proposed that no distinction should-be made between the spouse in Christian marriage and the spouse in a customary marriage.

(The distinction, as he-had suggested, was to be abolished in 1960.)

John Mensah Sarbah as a Lawyer

As a lawyer, John Mensah Sarbah was interested in spreading knowledge of Fanti laws and of the Fanti Constitution.

He compiled and published Fanti Law Reports in 1904, but this was incomplete because he was refused permission to take any more notes from court records.

His Fanti Customary Laws is still regarded as an indispensable book for lawyers in Ghana.

By his publications he began the tradition of educated nationalist politicians finding time to write about their country’s history and institutions.

His successors in this field were J. E. Casely Hayford, and Dr. J. B. Danquah.

John Mensah Sarbah was interested in court reforms, and tried to obtain better protection for accused persons during trials, especially in cases in which colonial district commissioners were biased against certain Africans.

He also proposed that native tribunals should be given a definite and well-defined place in the judicial structure.

This reform, too, has now been adopted and he also identified the need for good interpreters in the courts, and proposed the establishment of a school for court interpreters.

But the chief justice did not accept the proposal, and in this respect matters have not improved much since Sarbah’s day, in spite of the fact that all judges are now Africans.

When the Gold Coast Native Jurisdiction Ordinance (1883) was being amended in 1910, Section 29 caused a stir among the people because they felt it would empower the governor to usurp the rights of the people in the destooling of chiefs.

John Mensah Sarbah had opposed such proposals before, and people had expected him to oppose the amendment outright.

Instead, he suggested that the dismissal or the suspension of chiefs should be carried out by a resolution of the Legislative Council instead of by Order in Council.

His suggestion, which was an improvement on the amendment, was not accepted.

The passage of the bill, however, made him very unpopular, especially since subsequently he received the British decoration-of the CMG (Companion of the Order of St. Michael and St. George), an honor some thought that he had sought, though he denied it.

John Mensah Sarbah was interested in promoting agriculture, and wrote an article on “The Oil Palm and Its Products” in 1909. He encouraged farmers to grow cocoa and gave them loans for the purpose.

He was a good churchman, and bought a pipe organ for the Methodist Church at Cape Coast.

He had married Marian Wood of Accra in 1904, and they had three children.

He died in 1910, without, however, making any provision in his will for the education of his children, probably because he believed that the Akan family system would cater for them.