A footballer at Adabraka Odawna in Accra is said to have jumped into the Odaw Lagoon Wednesday evening, drowning in the process.

The deceased, who was only identified as Puyol, was said to have thrown himself into the lagoon when a policeman mounted a heated chase after him.

His body was retrieved around 6:30pm after a search party made up of six young men from the community dived into the lagoon.

According residents, Puyol was seen being chased by the Police around 4:30pm for unknown reasons. 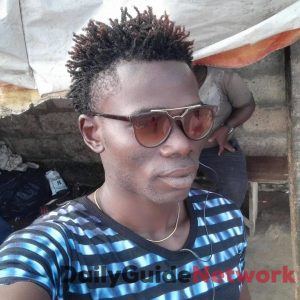 On getting to the Adabraka Sahara Park, he slugged it out with the Police officer in a bid to free himself after he was apprehended.

In the ensuing scuffle, he removed his shirt, which the Policeman held on tightly to and fled.

The Police officer resumed his chase after him and on getting to the bank of the lagoon, the distressed footballer threw himself into it, drowning in the process.

Reports say, at the Adabraka Sahara Park, the police officer called for “backup” and in no time, another uniformed officer with a gentleman believed to be an informant arrived at the scene.

Eyewitnesses, who pleaded anonymity, said some elderly persons in the community pleaded with the Police officer to let go of him but he was adamant.

The Police officers, whom residents believed to have been from the Adabraka District Police, left the scene after Puyol fell into the lagoon and his body submerged.

Initial attempts to save him proved futile.
Reports say, some residents at the scene threw a log into the lagoon for him to hold on to but he was unable to grab it.

He raised his hand for help in the process but none of the people gathered there at the time could dive into the lagoon to save him.

Reasons for his pursuit by the Police officer remains unknown but some residents said they suspect he had drugs on him for which reason he feared arrest and attempted to flee from the grips of the law.

The body was taken by residents to the Adabraka Police station. 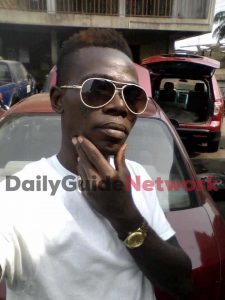 “How do I feed my family?” – Kwesi Appiah cries

There Is No Illusion Greater Than “Fear”