The office of the Managing Editor of the Insight newspaper, Kwesi Pratt Jnr has been broken by unknown individuals who made away with some valuables items.

Speaking about it on Peace FM’s “Kokroko” breakfast show hosted by Kwame Sefa Kayi, Kwesi Pratt indicated that the incident occurred in the early hours of Monday, August 17, saw the thieves head straight to the editor’s office destroying some items in their way.

They then broke into Mr Pratt’s safe and made away with his iPhone and laptop.
,the veteran journalist emphasised that the modus operandi of the suspects suggests it was a professional hit.

In his own words, “They first disabled the CCTV cameras. They must have known how to use iron bars because they used them to disable the first door and they went into my office, used iron bars to disable the second door.

Kwesi therefore stressed that this is not the first time he had awful encounter like this. He revealed on the show that, in 2008, his car was being tracked by a syndicate in Tarkoradi.

t is obvious that they wanted to cause as little noise as possible, and they did what they had to do and went away.”
Kwesi Pratt said he had important documentaries on his laptops including other things which may affect the work in the immediate future.

He said the incident had not yet been reported to the police as he was uncertain anything would come out of their investigations.

“I don’t know what the police will be able to do. More serious crimes have been committed in this country and nothing happened. Besides we are not too sure who did what was done in my office today,” he said.

Kwesi Pratt stated that he and his team are taking care of the damages done. 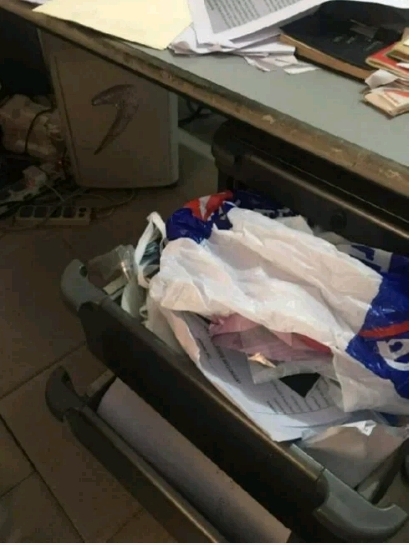 The National Democratic Congress, NDC has sued the Electoral Commission, EC , over the latter’s decision to reopen the voters’ register. The party said...
Read more
News

Former President John Dramani Mahama, has blamed Government for bad roads in cocoa growing areas. According to him, government halted the construction of roads under...
Read more
News

“TO HUSTLE” does not mean “TO SCAM”

In our part of the world where hustling has been redefined to mean fraudulence – what we officially call scamming, it’s very earnest for...
Read more

The National Democratic Congress, NDC has sued the Electoral Commission, EC , over the latter’s decision to reopen the voters’ register. The party said...
Read more

Former President John Dramani Mahama, has blamed Government for bad roads in cocoa growing areas. According to him, government halted the construction of roads under...
Read more

KandeyAlhasssan.com is a digital news platform that provides reliable and up to date news to its readership. It also Educate, Promote and Entertain.
Contact us: [email protected]