Felicia Payin Marfo is leading an all-women truck driving logistics company in Ghana believed to be ‘the first company globally to employ only female drivers’.

The transport sector is a big employer in Ghana highly dominated by men, but Ladybird Logistics is breaking the glass ceiling in this field with its conception of a no-male logistics company.

It all started in 2017 when Marfo, Managing Director for Ladybird Logistics Limited met the CEO of Zen Petroleum Limited, Mr William Tewiah who along Mr Yaw Koduah Sarpong had an idea of establishing the first-ever all-female logistics company.

She was interest in Tewiah’s idea and so she took up the challenge of helping to make the dream of an all-female company a reality.

Task with the mandate to create the first company to employ only female truck drivers in Ghana and West Africa, she swung into action. “I knew next to nothing about trucks or the logistics industry but I believe in empowering women to venture into male-dominated industries. Ghana has no female truck drivers and everyone considers trucking to be a male profession too difficult for women.

“Why can’t we change this and would change be a good thing? I thought to myself and dived in deep,” she said.

Marfo swiftly set up the first logistics company that employs only female drivers, Ladybird Logistics where ladies are recruited and trained to drive trucks.

For a field that many Ghanaians see as a man’s job, it wasn’t easy developing a team of women. “Honestly, initially when we only had one Ghanaian applicant and more than 40 South African applicants respond after a full month of advertising, I almost gave up and considered the option of relocating South Africans to Ghana to drive the trucks,” said Marfo. 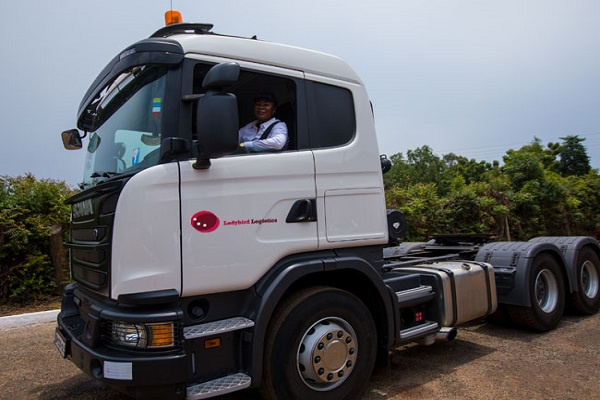 Notwithstanding the challenges, she was able to enlist the first 12 Ghanaian truck drivers who got trained by the Ghana Armed Forces Mechanical Training School (AFMTS) in partnership with the West Africa Training Academy (WATA).

Eleven of the ladies successfully graduated as truck drivers following a nearly four months of training at the army base, Burma Camp. Today, Ladybird Logistics Limited is operational with 21 fearless and daring women.

“Always remember you are making and have made history! You have a responsibility not to disappoint all who believed in you as well as the future generation of female truck drivers, looking up to you to change the status quo,” she told her team.

With over 10 years of experience in the Oil and Gas industry, Marfo was celebrated earlier this year by the Women in Trucking (WIT) as its January Member of the Month and recently ladybird Logistics has been named among recipients of the 2019 “Top Woman-Owned Businesses in Transportation.” 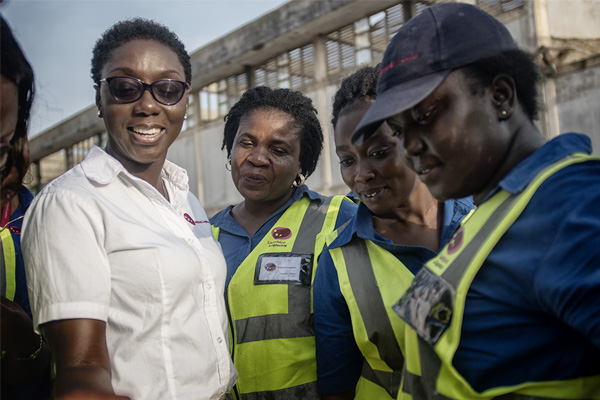 According to her, the leadership of the Ladybird Logistics team has provided her immense satisfaction and challenge, stating that she never envisaged that her life in the downstream sector would involve working with these wonderful women and dealing with huge mechanical contraptions that are also now part of her team and fleet.

“I can proudly say that what started as a dream is indeed reality. I thank God and all the people who contributed in diverse ways to make this possible. The future just started and by God’s grace we shall shape it nicely for future generations of females who love trucks, logistics, driving, challenges and the joy of delivering good quality products to clients on time and with a smile. The Ladybird team is here and it is here to stay for good,” Marfo noted.