Spread the love
Former President John Dramani Mahama has requested the Director-General of the Criminal Investigations Department (CID) of the Ghana Police Service to probe murder allegations made against him by the Bono regional chairman of the governing New Patriotic Party (NPP), Mr Kwame Baffoe alias Abronye DC.

In a letter written by his lawyer Tony Lithur, Mr Mahama said Abronye DC has accused him and some members of the NDC of plotting to kill some NPP personalities including his accuser (Abronye DC).

These allegations, according to the letter, were made by Abronye DC in a TV Programme on NET2 in Accra.

Mr Mahama, in his letter, said the allegations are false.

Below is Mr Mahama’s letter to the CID 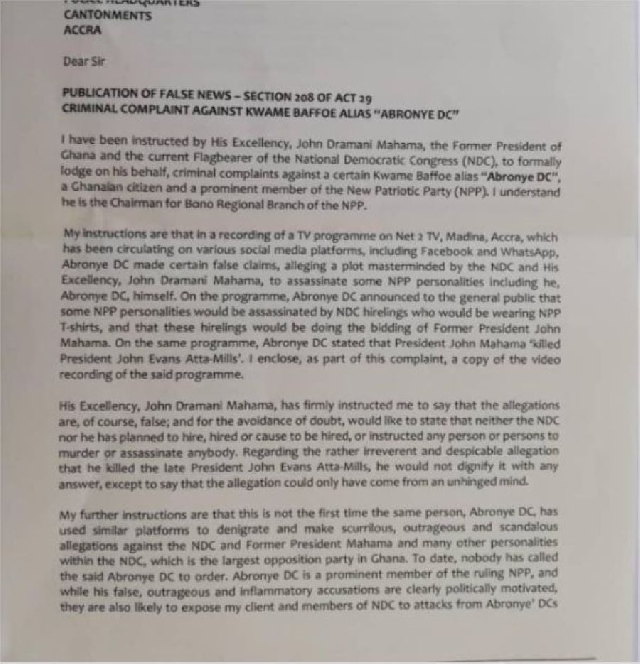 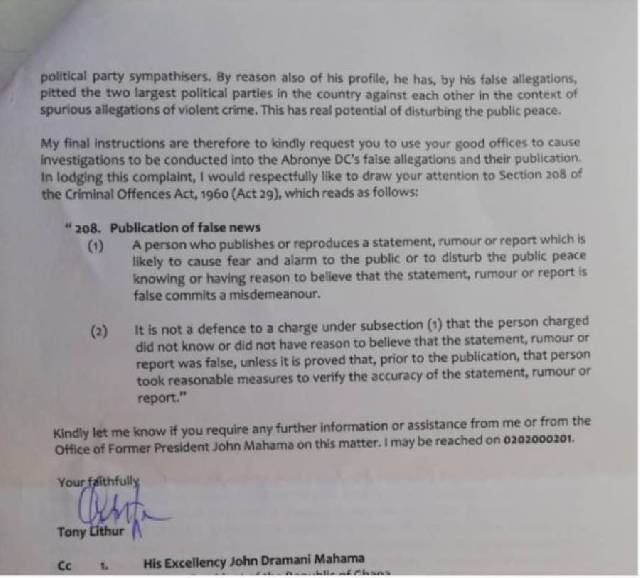 News We will not accept the election results -John Mahama