Liverpool forwards Mohamed Salah and Sadio Mane lead the African nominees for the 2019 Uefa Team of the Year.

Salah and Mane earned their spots in the selection after guiding Liverpool to lift the 2018-19 Champions League title and also for their goalscoring feats in England, where they shared the Premier League Golden Boot with Aubameyang after scoring 22 goals each last term.

The Gabonese forward also guided Arsenal to the Europa final last season but the Gunners bowed to a 4-1 defeat against league rivals Chelsea in Baku.

Ziyech and Onana, meanwhile, made the nominees’ list following their performances which helped Ajax reach the semi-final of the Champions League last season. They also helped Erik ten Hag’s side win a domestic title double of the Dutch Eredivisie and Dutch Cup.

Koulibaly joins other top defenders in the shortlist after establishing himself as a rock-solid centre-back for Napoli who finished as runners-up in the Serie A last season.

stars compete for YOUR vote 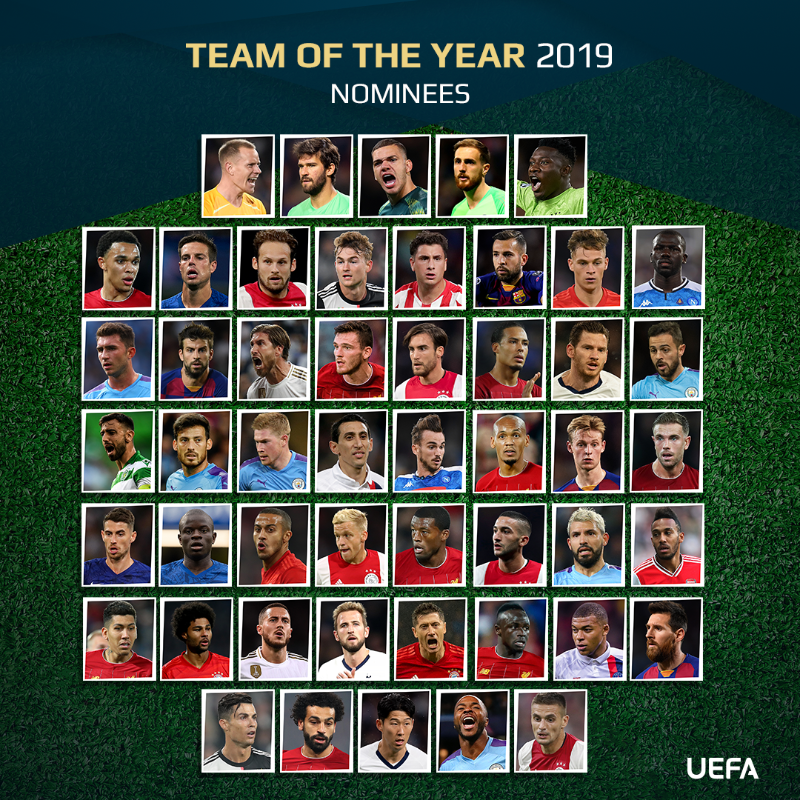