Facebook is now filled with Fetish Priests/Mallams who’ll message you with mouth-watering offers especially the multiplication of money.

They’ll tell you they can multiply your little money into a huge amount of money.

Well, popular Facebook Mallam Naa Tia who contacted one Esi Akyen Ntiamoah via Facebook got scammed in his attempt to scam the innocent lady.

“Four months ago, a guy came into my inbox. He introduced himself as Naa Tia, a spiritual guru from Northern Ghana, Tamale. He had some juicy offer me: “I help people succeed financially”.

I smiled, and said to myself, ‘this guy is playing with fire’

I sent him the $100 the following day, and within 48hours, he sent $1000. After receiving the money, I told him I wasn’t going to continue the deal, and boom!; thunder striked. He threatened me with hell and hades, but I ignored him.

This morning he entered my inbox again pleading that I should send back his $900 to him because the money he sent was a loan from a bank.

Should I send it to him? “help a sister. 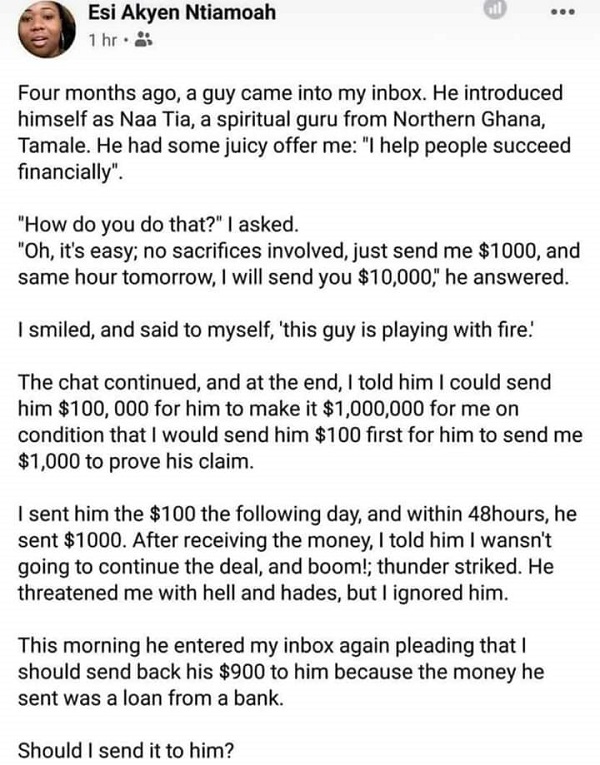 Entertainment Addi Self with daughter celebrates birthday with orphans (watch)