Medikal is still not happy about Sadiq Abdulai Abu’s failure to pay him in full after performing on the 3Music Awards platform. He will however not call him out again nor demand that Sadiq honours his part of the deal as he has “left everything in God’s hands”.

The rapper in September this year took to Twitter to register his displeasure about the delay in payment of money due him. Moments after his tweet which read, “…Sadiq, you still no pay me, no take man for a fool”, Joey B replied that he has equally not been paid but has plans for Sadiq since “Accra is small”.

Responding to a question as to whether he has taken his mind off the 50% arrears considering how financially successful he [Medikal] has become, the rapper said Sadiq can choose to respect the deal they had or breach it.

“I respect everybody. I don’t take anyone for a fool,” Medikal said on Hitz FM’s Daybreak Hitz.

“I’ve never been paid for a show and never showed up. It has never happened so I don’t want anyone to take me or a brother for a fool. If Sadiq feels like he is smart and has outsmarted me, and doesn’t want to give me my balance after fulfiling my part of the deal, he should keep it. I leave everything to God. I won’t ask him about it. God will be our judge.”

It would be recalled that in 2018, actress Joselyn Dumas who hosted the maiden edition of the award with D-Black called out organisers for same.

In a tweet, she said: “Dear @3musicAwards when you hire the service of a talent and you agree on a payment, you honor your end of the bargain as I honored mine…. no one works for free. We can’t even support our own… yet we sit back and are quick to point fingers and judge especially female entertainers in Ghana. When you work you are expected to be paid!! This cycle of using talent and not paying must stop @3musicawards.”

Dear @3musicAwards when you hire the service of a talent and you agree on a payment, you honor your end of the bargain as I honored mine…. no one works for free.

367 people are talking about this

Sadiq in an interview on Zylofon FM admitted owing the TV personality but denied avoiding her calls.

“I was not in town, I was doing some work outside the country so on Monday one of my guys called me and asked me to reach out to Joselyn or one of the guys who is part of her management, because there is a perception that I have blocked her on Twitter, but that wasn’t the case. I was just not in town. So I called him and pleaded with him to give me some time since I just returned to the country and I just resumed work so I’d pay them,” he explained. 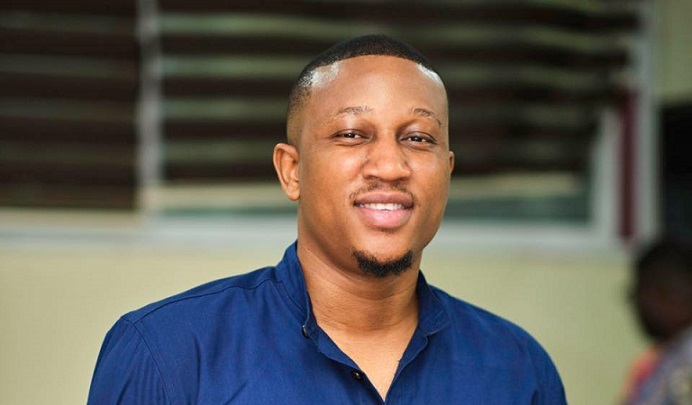 Sadiq noted that he incurred debt after the event, adding that he and his crew had been considering how to pay these debts.